a walk in my welly boots

steps in the rain with Priscilla Lohrmann 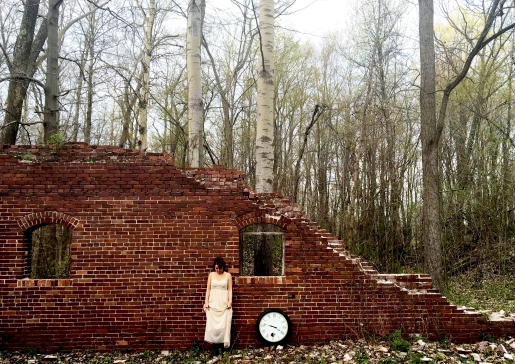 I think God kind of lives life backwards. He has a calendar and one date marked: The Revelation of Jesus Christ. We don’t know when that is, but He is viewing everything from that point in time.

Getting ready to attend the Gospel Coalition’s Women’s Conference (TGCW16) in June, I’m studying the first letter of Peter. And there it is. The whole book is just littered with references to this great cosmic event to come.

It is on God’s mind. And he tells us it should be on ours too….

Which reminds me of my dear daughter Grace when she was a child. She also has to live life backwards. Especially when it comes to stories.

I recall one afternoon sitting on our family couch with my two girls snuggled up to me for a good read aloud book, The Courage of Sarah Noble. A fabulous little story of a girl and her father crossing New England in the early Colonial days in search of a new home for their family. It’s a journey that has its dangers. Wild animals. People of all sorts who mean harm. That sort of thing.

And just as this little girl and her father are about to set off, her mother takes Sarah’s face in her hands and says, “Keep up your courage, Sarah Noble.”

End of chapter one. And I tell my sweet girls that we’ll read more tomorrow.

But Grace says, “Can I see the book?”

END_OF_DOCUMENT_TOKEN_TO_BE_REPLACED

A few years back, I read the classic epic poem the Iliad with my daughter, and I’m not gonna lie. I cried like a baby when Hector died.

I had always thought of Achilles as the Great Greek Hero of the famous Trojan War, but reading it this time, I didn’t like him. I just couldn’t see past his petty jealousy, self-pity, and childish revenge.

But here’s the thing: he won. And history is written by the victors, they say.

And then there’s Hector. He’s the brother of Paris who got drafted into a war he never wanted. He’s the patriot. The loyal son. The devoted husband. The loving father. He’s the Ideal Man.

And for me, it wasn’t just Hector who died. It was the death of the Ideal.

One of the most poignant moments in the story is when Hector crosses over the Greek fortifications with his warriors in what seems to him to be a step closer to victory…. But the reader knows better. We know that Mount Olympus has already ruled that when Hector passes over the barricades, he will be setting in motion a train of events that will lead to his own death and the downfall of Troy.

Oh! And how life feels like a losing battle sometimes….